For many of us, the world looked pretty bleak the morning of Wednesday, November 9th, 2016.  A single night galvanized a reality, quickly turning hope into fear and anger.

It’s been difficult to see any sort of “silver lining” since the election.  Already in the first couple weeks of 2017, our social media feeds and news sources have been filled with celebrities using religion as a basis to endorse hate speech, juveniles live broadcasting racially motivated violence, and the progression of government policies and actions furthering one of the most socially conservative agendas in decades.

But if we use history as a barometer of our future, for every action there has been an equally powerful and impactful reaction. Women’s rights in the 1920s. Civil and gay rights in the 1960s. It is only through these countermovements, and the courageous, diverse population that has championed them, that our nation has progressed.

This year, the silver lining takes on a green hue. Grassroots efforts are enabling the marginalized and the disparaged to create change by increasing their participation in defining and executing that change. The national and local marches, the exponential increase in women running for political office, the emergence of social conscience groups like Black Lives Matter―all are a result of a rebalancing of our society.

Nothing is given that is not earned; a testament for our nation traceable as far back as the American Revolutionary War. America is built on the foundation of democracy with freedom and opportunity for all. Complacency is being replaced with action, as the formerly silent are now mobilizing to claim their stake in that promise. 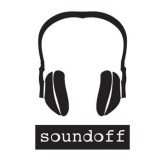